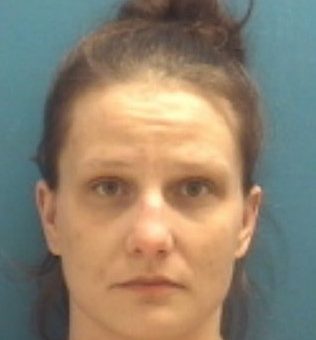 (COLUMBUS) – Columbus Police arrested an Edinburgh woman at WalMart after they say she burned price tags off of merchandise.

Officers were called to the store on Whitefield Drive around 5 p.m. Sunday after an employee reported a woman was burning off price tags with a butane torch and then putting the merchandise in her bag.

Police say 34-year-old Jennifer Durbin, attempted to exit the store with the unpaid merchandise, but she was stopped by store security and officers who had arrived at the store.

She was arrested on charges of theft with a prior conviction and resisting arrest.

The stolen merchandise was valued at more than $100, and it was returned to WalMart.