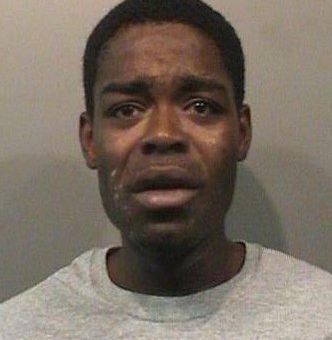 (GREENWOOD) – A Bloomington man was arrested after he robbed a gas station at gunpoint and then lead police on a short pursuit.

The robbery happened at the Speedway at Madison Avenue and County Line Road in Greenwood.

An officer on patrol at 12:25 a.m. Friday, arrived to see 25-year-old Taiveon Taylor, speed out of the parking lot and began a pursuit. Taylor cut across three lanes of traffic and ran a red light.

Taylor then sped up and merged lanes without signaling the turn and then turned into a business parking lot in the 2300 block of East County Line Road. The officer was then notified of a robbery at the gas station and that the vehicle matched the description of the vehicle the officer was chasing, the report said.

He continued to flee through the parking lot and turned north on South Keystone Avenue before stopping, according to the report.

Officers found more than $200 and four packs of cigarettes, which he stole from the gas station.

A clerk at the gas station told police that Taylor came into the store and pointed a black semiautomatic weapon at her and a second employee and told her to give him the money from the cash register. The clerk gave him $215 and he then asked for cigarettes, according to the report.

Detectives also found the gun used in the crime, which was reported stolen in Bloomington.