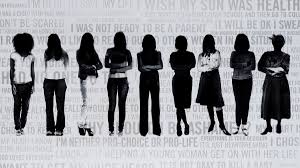 (INDIANAPOLIS) — More than 18,000 women traveled out of Indiana to terminate their pregnancies in recent years, according to state and federal data, likely fueled by the closure of abortion clinics and new laws restricting access to the procedure.

Thousands of women traveled across state lines to get an abortion, largely in neighboring states including Illinois, Ohio, Kentucky and Michigan. Abortion providers in Illinois handled almost four times as many abortions for women who traveled from Indiana than any other state during those years.

Elizabeth Nash, state policy analyst for the Guttmacher Institute , a research and policy organization that collects and analyzes data on reproductive issues in the United States, said stigma, limitations and trouble scheduling abortions at an increasingly limited number of abortion clinics all play a role in the increase in out-of-state abortions.

Illinois is an attractive destination for women seeking abortions as it lacks the restrictions of other states. It does not have a 20-week ban on terminations and the cost of the procedure is covered under Medicaid. Illinois also has more facilities that provide abortions. In 2017, Illinois had 40 and Indiana had nine.

Abortion providers in Indiana also require extensive information and counseling at least 18 hours before the procedure, a requirement Illinois does not have.

“The idea that women have to travel to access legal abortion is not new,” said Tracey Wilkinson, a pediatrician, researcher and member of Physicians for Reproductive Health, referring to the days before abortion was legal in the U.S. when women would travel abroad to get an abortion.

Abortion opponents in Indiana say the intent of tougher abortion regulations is not to push women to another state but to make them consider other options. Ryan McCann, executive director of the Indiana Family Institute, believes women seeking abortions are better off in a state like Indiana where abortions, clinics and providers are heavily regulated.