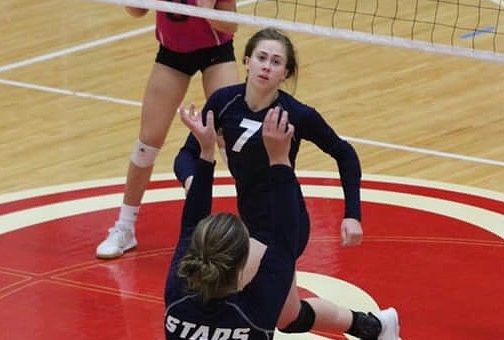 Locked at one set each, Jeffersonville scored four consecutive points for a 20-15 lead late in the swing set, and Joselen Lopez hammered down the game-point kill to squash BNL’s comeback bid.

“Jeffersonville was a scrappy team,” BNL coach Jordan Robbins said. “We served aggressively, but we couldn’t put the passing together.”

BNL’s best run was the second set as Annie Waggoner served out the final seven points. But the Devils came back with an early surge to a 9-3 advantage in the third set and held on from that point.

“We had many different kids step up and help contribute,” Robbins said. “The kids fought hard and had some great rallies. Unfortunately it didn’t end in our favor.”

The Stars (4-19 overall, 1-6 in the league) will learn their sectional draw on Sunday, then visit Seymour on Tuesday.