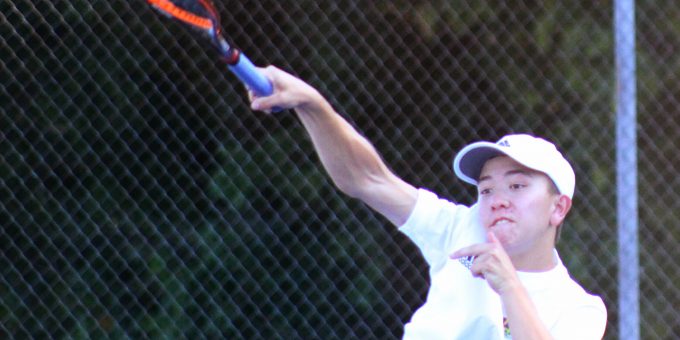 BLOOMINGTON – Bedford North Lawrence swept into the IHSAA sectional semifinal with a 5-0 triumph over Edgewood in the opening round at Bloomington North on Wednesday afternoon.

The Stars (13-10) advanced to face Bloomington North on Thursday, while defending champion Bloomington South will meet Martinsville in the other semifinal. The championship match is scheduled for Friday.

BNL had little difficulty against the Mustangs, defeating them for the third time this season and the second time in three days.

Cameron Gratzer and Wyatt Scherschel stopped Nicholas McBride and Zeke Weisner 6-0, 6-3 at No.1 doubles, while Konley Woodward and Steven Graham dumped Chris Bitner and Hayden Wilson 6-3, 6-0 at No.2.

“Our No.1 doubles is leading the way,” BNL coach Donnie Thomas said. “They’re playing really well, and the singles have picked it up. All the players are making smarter shots, making better decisions.”

BNL did not face the Cougars during the regular season.

“I’d like to come out and play well,” Thomas said. “We have to come out, like they say in the NFL, and start strong. We can’t get behind right away against a good team. We need to jump on them.”

Either North or South has won every team sectional title since 1996.