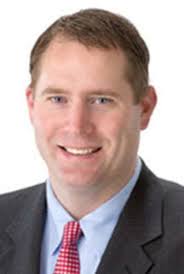 “As homicides and aggravated assaults continue to rise in South Bend, the city needs a leader,” said Hupfer. “And sadly right now, it’s clear that Mayor Pete Buttigieg is dodging the responsibilities of being that leader.

“The people of South Bend care about the safety of their own neighborhoods – not baseless impeachment inquiries, and certainly not Buttigieg’s latest celebrity endorsement. They need someone who will work toward real solutions for their city on crime, and Buttigieg’s priorities are clearly elsewhere.”

According to reporting by the South Bend Tribune, so far this year (as of August, the latest month with full statistics) South Bend has seen 10 homicides. Tragically, this is double the number of homicides in South Bend over the same period in 2018. The newspaper reports that the rate of homicides increased in September, with four people killed in the last month.

“South Bend is a city facing a leadership crisis. And sadly, it’s well past time for Pete Buttigieg to step up, do his job, and offer solutions on crime for the people of South Bend,” said Hupfer.