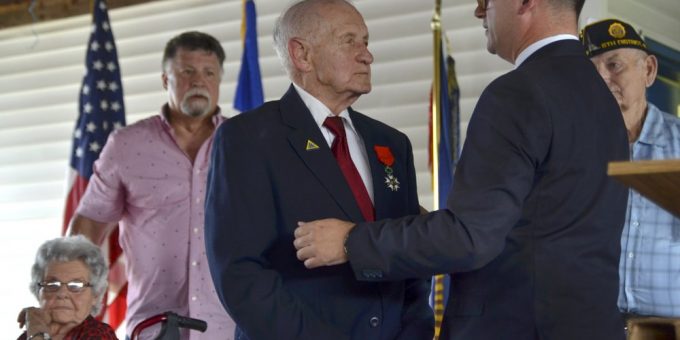 Lacroix said he was excited to honor “a son of America’s greatest generation.”

The Terre Haute man served as a gunner in the 106th Cavalry Reconnaissance Squadron, taking part in campaigns in Rhineland, Germany, and Normandy, Northern France, in 1944.

Royer says he has cherished for 75 years his memories of the French people and their gratitude after liberation.