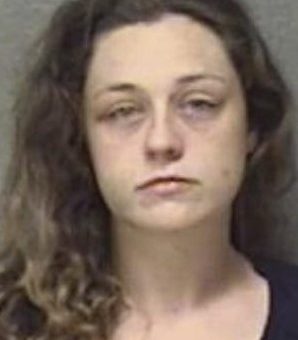 (MUNCIE) — An eastern Indiana woman was sentenced to 41 years in prison for a highway crash that killed her 6-year-old daughter.

The Farmland woman was convicted in August on seven of nine charges, including neglect of a dependent resulting in death and driving while intoxicated.

She was driving a van in May 2017 when it crashed along the Muncie Bypass, killing Taelyn Ann Marie Woodson, who wasn’t in a child safety seat.

The accident happened on northbound State Road 67 in Muncie.

It is thought Skeens, 28, may have lost control when her then-boyfriend 27-year-old Nathaniel Jordan lashed out at her and then punched her and grabbed the steering wheel.

The van left the road and rolled into a ditch before landing on its wheels.

Taelyn Woodson was in the back seat of the van when it veered off the road. Three more children were injured. Skeens’ three other children survived the crash.

Skeens told jurors she drank whiskey and smoked marijuana before the crash.

Jordan is awaiting trial in the crash. He is facing charges of neglect of a dependent causing death, felony criminal recklessness, and criminal battery.