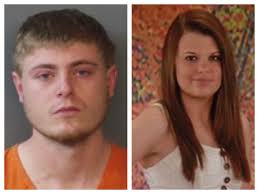 (CLARK CO.) – A man was sentenced today to 37 years in prison for the murder of his fiance.

A Clark County judge sentenced Connor Scott to 37 years in prison, followed by three years of probation for first-degree murder. He will not be eligible for early release.

Scott was charged for the shooting death of Kaylyn Whitaker. She was killed on October 31, 2014, in Martinsville, Illinois.

In February Scott confessed to the murder.