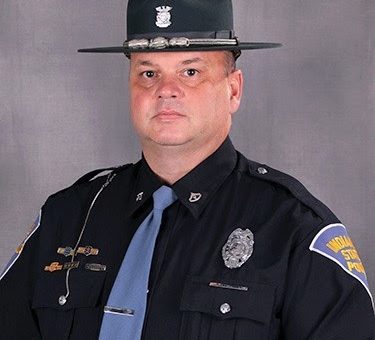 Henderson is an Orleans native and 1989 graduate of Orleans High School.  After graduating high school, Henderson attended Vincennes University for two years, where he received an Associates Degree in Law Enforcement.

While attending Indiana University, Henderson was selected to attend the 50th Indiana State Police Recruit Academy in December of 1993. After 20 weeks of arduous training, Henderson was appointed on December 20, 1993, and was assigned to the Jasper District

During his career Henderson has served as:

Henderson’s responsibilities will include issuing news releases on significant events, responding to media inquiries, conducting and facilitating informational programs for the public, along with monitoring and maintaining the Jasper District’s Facebook and Twitter accounts.

Sergeant Henderson resides in Orange County with his family.