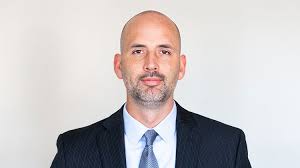 (INDIANAPOLIS) — The prosecutor for Indianapolis is going to stop pressing criminal charges against adults for possessing about one ounce or less of marijuana.

Acting Marion County Prosecutor Ryan Mears announced the new policy today, saying the office will focus on prosecuting violent crimes. He says the one-ounce level distinguishes between users and dealers, whom the office will continue prosecuting.

Mears says the office has dismissed about 80 percent of marijuana possession charges so far this year.

Attorney General Curtis Hill today made the following statement regarding a declaration by Marion County’s acting prosecutor that he will not file charges against anyone accused solely of possessing one ounce or less of marijuana:

“I respect and support the fact that prosecutors have absolute discretion in deciding when to file criminal charges and how to allocate their resources. Typically, though, prosecutors carefully exercise this discretion on a case-by-case basis rather than proclaiming that in all cases they will ignore a particular state law, not to their liking. I am concerned that this proclamation in Marion County will attract to Indianapolis people with a particular interest in communities where drug enforcement is lax. It seems to me, a curious strategy to put out a welcome mat for lawbreakers in a community already facing challenges related to crime, homelessness and other social problems stemming from drug abuse.”

Moriarty says he supports the marijuana policy change but that more drug abuse and mental health treatment is also needed.