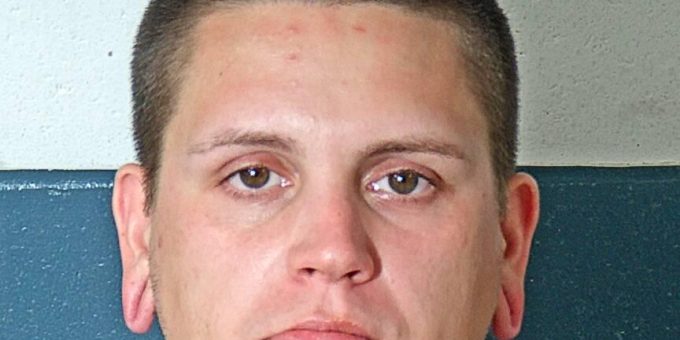 (MITCHELL) – On Sunday, Indiana State Police responded to a domestic fight that landed a Mitchell man behind bars.

According to ISP Sgt. Curt Durnil, troopers arrested 30-year-old Jeremy Nicholson, of 2215 Donica Church Rd., on charges of domestic battery, intimidation, and unauthorized entry of a vehicle in the commission of a crime.

“These charges resulted from him allegedly shoving another family member in a rude, insolent and angry manner and making a verbal death threat, all while taking unauthorized control of a family member’s vehicle,” says Sgt. Durnil.