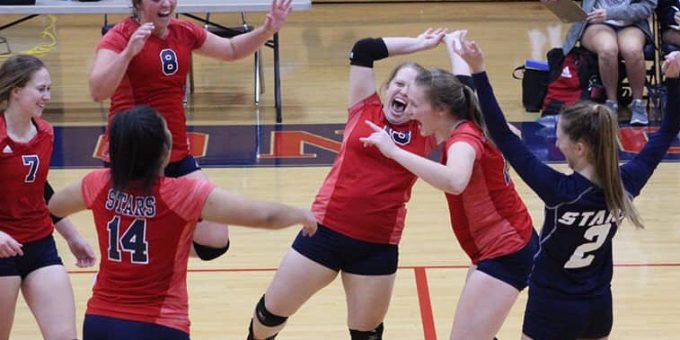 “I’m so proud of the girls for pulling off a conference win,” BNL coach Jordan Robbins said. “It was hard fought, and the girls really showed determination and some mental toughness.”

BNL roared out of the gate as Carlee Kern set the tone with her net play. After dropping the second set, the Stars rallied from a 9-3 deficit in the third and blasted to a 19-12 lead as Brynlea Bennett took charge, then held on at the end.

“We had many spurts of hustle and teamwork,” Robbins said. “And for that I am very proud. Madison is a tough team and made us fight for the win. They had some aggressive servers and made runs, but our kids didn’t back down and finished the match.”

“The girls deserved this W,” Robbins said. “They worked hard for it.”