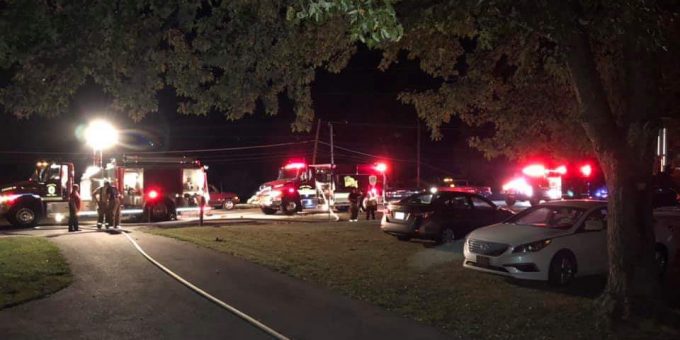 (NEEDMORE) – The quick actions of bystanders and firefighters helped save a Needmore home this evening.

Bystanders Robbie Roberts and two other individuals not identified used a garden hose to keep the flames from extending into the home until firefighters arrived. Robbie and Lisa Roberts were in the area when the fire broke out.

“We found the garage fully involved upon our arrival. We were able to attack the blaze quickly from two locations to keep it from getting into the home,” said Marshall Township Fire Chief Jason Lewis. “The home suffered water damage in the living room area and attic. However, there was no other damage to the home and it is still habitable.”

The cause of the fire remains under investigation. The name of the homeowners was not known at the time of the fire.

“We want to thank the Oolitic Fire Department for their quick response to the blaze,” Lewis concluded.