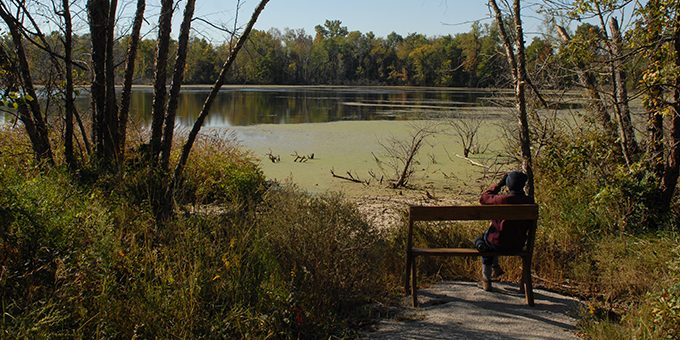 (OAKLAND CITY) – The Patoka River National Wildlife Refuge will celebrate 25 years with an event highlighting endangered species as well as an introduction of its new manager.

The event will be held at Wirth Park in Oakland City on October 5 from 9 a.m. until 2 p.m. CT.

History of the refuge.

The first tract was dedicated to the Refuge on September 7, 1994. This first tract was the beginning of the protection and restoration of the most significant bottomland hardwood wetland habitat complex remaining in Indiana. With a final acquisition goal of more than 22,000 acres, the refuge will eventually stretch for 20 miles along the lower Patoka River.

Through the efforts of the volunteer group known as PRIDE (Patoka Refuge Individuals Defending the Environment), funds were collected from private citizens to acquire the 9-acre tract of land in the Snakey Point Marsh. Using these donated funds, the Indiana Division of The Izaak Walton League of American Endowment, Inc. purchased the land and transferred title to the U.S. Fish and Wildlife Service on September 7, 1994.

In 2019 this initial 9-acre tract has grown to over 10,000 acres. Bill McCoy was sent by the Fish and Wildlife Service to Oakland City in 1990 to oversee the process of creating a National Wildlife Refuge. He became the first Refuge Manger of the Patoka River National Wildlife Refuge and Management Area and remained in that position for 28 years. He retired from the USFWS after 48 years of service in 2018.

A new manager was hired on September 3, 2019. Rick Speer grew up on his family farm in Owensville that dates back to 1836 and he and his family returned to Gibson County to manage the Patoka River NWR & MA. In his 29 year career with the FWS Rick has been at seven different refuges. Rick looks forward to working with the Patoka River NWR team in continuing the great work that has been accomplished over the last 25 years by his predecessor and starting a new chapter in the history of the Patoka River National Wildlife Refuge.