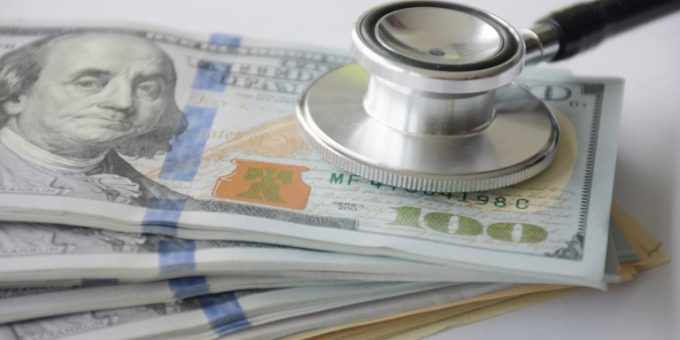 (BLOOMINGTON) – An interdisciplinary team of Indiana University scientists studying Medicare data has found an association between health care industry payments to medical providers for non-research expenses and what these providers charge for medical services — shedding new light on potential hidden costs to the public.

For example, a $25 increase in annual industry payments to a typical medical provider would be associated with approximately $1,100 higher medical costs and $100 higher drug costs.

“Let’s be clear here — we should not find such an association,” said Jorge Mejia, a co-author on the paper and an assistant professor of operations and decision technologies at the IU Kelley School of Business. “Our findings raise the possibility that medical providers may be unduly influenced by payments from the health care industry.”

It’s important to note that an association shows that two variables appear to change at the same time, whereas causality implies that one variable causes another variable to change. This study does not prove causality, which the researchers said would be difficult to do with secondary data.

Amanda Mejia said the team controlled for several key variables to rule out the possibility of other drivers of the association between industry payments and medical costs.

“We found that the association was still there after taking into account the size of the practice, its location and drug prescribing levels,” she said.

Pestilli said the large Medicare data sets that the researchers used were made openly available as part of the 2010 Affordable Care Act.

“Our research capitalized on such openly shared data,” Pestilli said. “We demonstrate the value of open data in providing society with critical insights on hidden costs that can be addressed at the policy level.”

But Jorge Mejia said transparency alone is not enough to fix these hidden costs. That’s why studies like this one are important: They help interpret the data so the public can better understand what it means.

“As a society, we have had the potential for quantifying and qualifying the influence of the industry on our medical costs,” he said. “However, we have not done so. For example, we are just discovering the extent to which certain health care companies may be involved in the current opioid crisis in the U.S. We need tools to guide patients and consumers with all the data that is available.”

To help achieve this goal, Jorge Mejia said he hopes Medicare will make it easier for researchers and the public to quantify the effect of the payments received by medical providers by adding the national physician identifier, or NPI, to its Open Payments data set. Additionally, he hopes the research team’s findings will start a conversation about how to communicate this information to consumers.

“We have energy-efficiency scorecards for appliances, cars and many consumer products,” Jorge Mejia said. “How can the public understand whether their physician is close to the health care industry? Instead of making this about whether it’s good or bad, I’d like to kick-start a conversation about how information can be delivered in a simple way. Let’s put patients in the driver’s seat.”

The researchers have several follow-up projects in progress, including one that aims to investigate how industry payments may drive future medical costs, which would bring them one step closer to establishing a potential causal relationship between payments and costs.