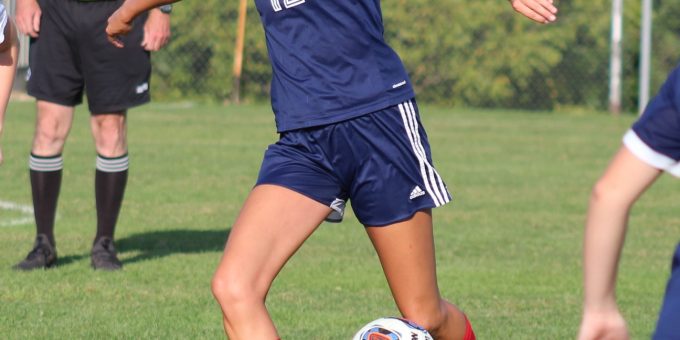 The Lions struck early in the first half, but Moore and Jennifer Ramirez (a goal and an assist) provided the offense for the Stars (2-8).

“I was a little worried after we gave up the early goal,” BNL coach D.J. West said. “But we battled back to get the next three. Hannah Riester had a solid night in goal (8 saves) and made great decisions coming out of goal to clear the ball.

“Makena and Jennifer did what we need them to do, and that is score goals.”

Karly Sweeney got the Lions on the board at 30:32, but Ramirez provided the equalizer at 25:02.

Moore scored off a Ramirez pass at 8:52 to give BNL a 2-1 lead at intermission. The Stars kept Salem at bay until Moore provided an insurance goal off a free kick with 11:09 left.

“Our back four were aggressive stepping to the ball instead of staying back and absorbing pressure,” West said. “Overall, it was a nice win.”

BNL will visit Silver Creek on Saturday at 11 a.m., then learn its postseason fate when the IHSAA announces the sectional draw on Sunday.