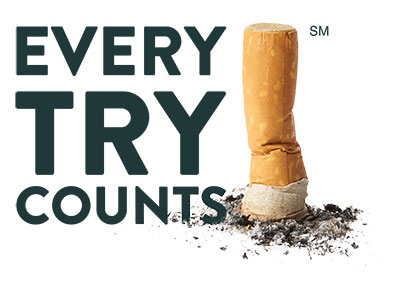 (UNDATED) – Preliminary data from the National Youth Tobacco Survey show that in 2019 more than a quarter of high school students had used e-cigarettes in the last 30 days. And each day in the United States, about 2,000 youth under 18 years of age smoke their first cigarette.

Exposure to nicotine as a teen can cause short-term and long-term effects on the brain that promote addiction to nicotine. To protect the next generation from tobacco-related disease and premature death, FDA has created a series of groundbreaking public education initiatives to prevent young people from ever starting to use tobacco and to help addicted smokers quit.

The first of FDA’s tobacco prevention campaigns, “The Real Cost,” was launched in 2014 to educate the more than 10 million at-risk U.S. youth, ages 12-17, on the dangers of cigarette smoking. “The Real Cost” seeks to prevent teens who are open to smoking from ever starting and to reduce the number of those who transition from experimentation to regular use. “The Real Cost” uses scientific facts to make youth reconsider what they know about cigarettes. The messages are designed to make teens hyperconscious of the real cost of tobacco through fresh portrayals of the health consequences, such as cosmetic effects, loss of control due to addiction, and dangerous chemicals found in cigarettes.

“The Real Cost” uses multiple media platforms to get the word out, including TV, radio, print, web, and social media. To measure the campaign’s effectiveness—based on factors like awareness of “The Real Cost” promotions and changes in youth tobacco-related attitudes, beliefs, and behaviors—FDA hired an independent firm to conduct a multi-year evaluation.

The award-winning campaign substantially impacted its target audience. From its launch in Feb. 2014 to Nov. 2016, “The Real Cost” prevented up to 587,000 youth, ages 11-19, from initiating smoking, half of whom might have gone on to become adult smokers.

Ultimately, the campaign will save the country more than $53 billion, which is $180,000 in savings for each of the up to 293,500 youth that would likely have become established smokers. These results not only highlight the value of investing in public education campaigns but also reinforce the importance of our public education efforts in reducing the public health and financial burden of tobacco use.

FDA has since expanded the campaign to educate teens on the dangers of using other tobacco products: “The Real Cost” Smokeless Tobacco Prevention Campaign, launched in 2016, aims to educate rural, male youth about the dangers of using smokeless tobacco, including addiction, gum disease, tooth loss, and multiple kinds of cancer.

With the core message, “smokeless doesn’t mean harmless,” the campaign challenges the teens’ beliefs about smokeless tobacco.“The Real Cost” Youth E-Cigarette Prevention Campaign was launched in 2018 due to the rising prevalence of teen e-cigarette use.

More than 3.6 million middle and high school students reported e-cigarette use in 2018, and 80 percent of youth report they do not believe e-cigarettes are harmful to health. The campaign seeks to educate the nearly 10.7 million youth, ages 12-17, who have ever used, or would consider using e-cigarettes, about their potential risks.

Campaign ads and other prevention resources are strategically placed where teens spend the majority of their time, both online and in school. FDA also teamed up with Scholastic to create curriculum about e-cigarettes for high school teachers.

In addition to “The Real Cost,” FDA has launched three other campaigns to reach specific target audiences. Launched in 2015, FDA’s “Fresh Empire” educates at-risk youth, including African American, Hispanic, and Asian American/Pacific Islander youth, ages 12-17, who identify with hip-hop culture, about the harms of tobacco use.

The campaign shows them that, while it is often portrayed as a norm in hip-hop culture, tobacco use is not a necessary component of that lifestyle.

“This Free Life,” launched in 2015, is FDA’s public education campaign intended to prevent and reduce tobacco use among the 40 percent of lesbian, gay, bisexual, and transgender (LGBT) young adults who occasionally use tobacco. Members of the LGBT community, ages 18-24, are twice as likely to use tobacco as non-LGBT young adults. With the mission to change the perception that tobacco use is a normal part of the culture, “This Free Life” collaborates with tobacco-free members of the LGBT community to show its young adult members that living tobacco-free does not inhibit them from being who they are.

In January 2018, FDA launched a smoking cessation campaign intended to reach adult smokers, ages 25-54, who have tried unsuccessfully to quit in the past year. “Every Try Counts” encourages smokers to quit with supportive messages emphasizing the associated health benefits. The messages, which are displayed in retail locations where a smoker might be triggered to continue smoking—like gas stations or convenience stores—remind smokers that each quit attempt is a positive step toward quitting for good. FDA also created a series of educational videos called Chemicals in Cigarettes: From Plant to Product to Puff. This web series corrects common misperceptions about the harmful chemicals in cigarettes.

Public education is important to fulfilling FDA’s mission to save lives by preventing and reducing tobacco use. Find more information on CTP’s website.