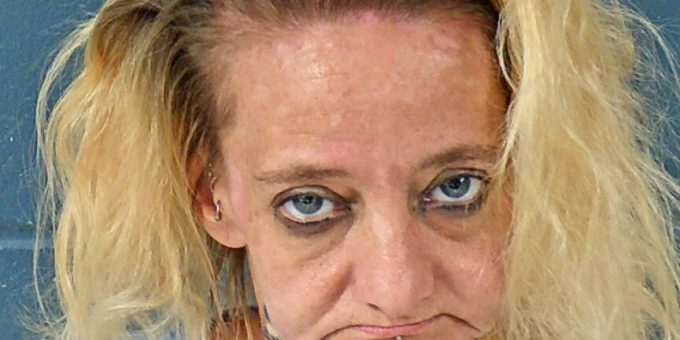 (BEDFORD) – A Bedford woman was arrested on drug charges after Bedford Police stopped her vehicle for a traffic violation at 18th and J streets Tuesday at 6:34 p.m.

During the traffic stop, the officer could smell the odor of burnt marijuana.

Police say 43-year-old Kattie Johnson, denied there was anything illegal inside his vehicle.

The officer requested a K-9 to the scene. The dog alerted police to possible drugs in the vehicle.

Johnson finally admitted that there was marijuana inside the vehicle.

Johnson was arrested and transported to the Lawrence County Jail, where jail staff found more drug paraphernalia and more drugs.