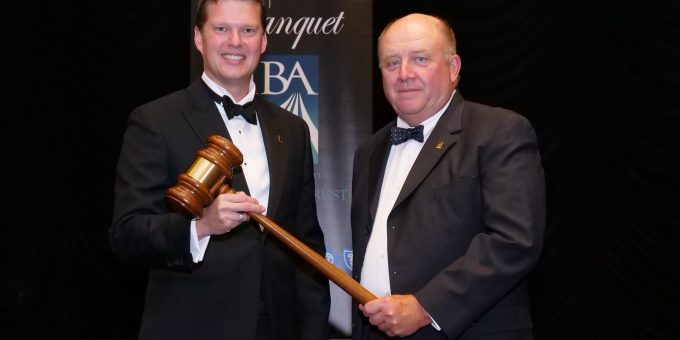 (INDIANAPOLIS) – Lucas White, president of The Fountain Trust Company, Covington, has been elected 2020 chairman of the board of directors of the Indiana Bankers Association. The election took place on Sept. 16 at the IBA Annual Convention in French Lick. White currently serves the IBA as the first vice-chairman and will become chairman effective Jan. 1, 2020.

White is a director of the Independent Community Bankers of America and chairman of the ICBA Bank Services Committee. He has served the IBA as past president of the Future Leadership Division and on the IBA board in the capacity of FLD president, as well as second vice chairman. A practicing attorney, he earned a bachelor’s degree from Indiana University, a JD from the IU Maurer School of Law at Bloomington as Order of the Coif, and he has completed the Graduate School of Banking at the University of Wisconsin. White joined The Fountain Trust Company in 1994 as a part-time teller.