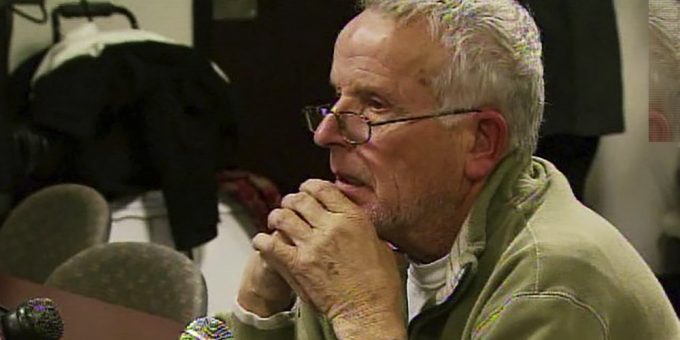 (JOLIET, Ill) — The Latest on investigations that followed the discovery of fetal remains at the Illinois home of a former Indiana abortion (all times local)

Illinois authorities say the more than 2,200 fetal remains found at the Illinois home of an abortion doctor who died this month were from abortions conducted between 2000 and 2002.

At a news conference Thursday, Will County officials said it appears that all the abortions were conducted in Indiana at a time when Dr. Ulrich Klopfer was working in that state. They said that the fetal remains will be sent to Indiana, where authorities there are investigating.

State’s Attorney James Glasgow says Will County authorities will cooperate with Indiana investigators but it appears that the only laws that Klopfer may have violated were on disposal of fetal remains and failing to do required paperwork.

Officials declined to say how they know the abortions were performed in those years.

Authorities are searching a second shuttered Indiana abortion clinic once operated by a late abortion doctor whose Illinois property was found to contain more than 2,200 medically preserved fetal remains.

A spokeswoman for Fort Wayne, Indiana, police told The Journal Gazette that city police assisted the Indiana attorney general’s office in obtaining a warrant for Thursday’s search of the former clinic where Dr. Ulrich Klopfer once performed abortions.

WANE-TV showed footage of Fort Wayne officers near the doorway and in the parking lot outside that building beyond a line of police caution tape.

Police spokeswoman Sofia Rosales-Scatena says she doesn’t know what officers found there Thursday or what they were looking for.

Authorities in South Bend, Indiana, conducted a similar search Thursday at a former clinic that Klopfer had operated there.

Klopfer also had operated a clinic in Gary, Indiana.

A northern Indiana prosecutor says authorities found no fetal remains during a search of a shuttered South Bend abortion clinic once operated by a late abortion doctor whose Illinois property was found to contain more than 2,200 medically preserved fetal remains.

Cotter said during a news conference outside the building that boxes of medical records were found inside, but that “based on what we have seen so far there are no fetal remains here.”

He says a vacant lot was also searched in the northern Indiana city. Cotter says the investigation at those properties is ongoing.

Officials whose offices are investigating the discovery of more than 2,200 medically preserved fetal remains at an Illinois house of a late doctor who had performed abortions for decades in Indiana will hold a news conference to discuss the case.

The Will County Sheriff’s Office says the sheriff, county coroner, and the county’s top prosecutor will speak at 1:30 p.m. CDT Thursday outside the sheriff’s office in Joliet. They will talk about elements of the investigation including the search of the home of Dr. Ulrich Klopfer, who died Sept. 3, and how the remains were stored.

The news conference marks the first time the officials will gather to discuss the case since last week when the remains were discovered inside a garage of the Will County residence.