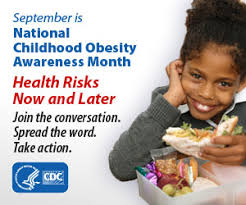 (UNDATED) – Nearly a fourth of American teenagers misjudge their weight and they often avoid a healthy diet and physical activity based on weight misperceptions, says a new study from Ball State University.

“Adolescent Body Weight Perception: Association with Diet and Physical Activity Behaviors” is an analysis of about 12,000 teens (ages 15-17) who participated in the Youth Risk Behavior Survey. The study, which was posted by the Journal of School Nursing, found that nearly a fourth (22.9 percent) misperceived their weight; 11.6 percent believe they are overweight but aren’t, and 11.3 percent weigh more than they should but think it’s healthy and continually underestimate their weight.

“American adolescents who misperceive their weight are significantly more likely to engage in unhealthy dietary and food habits and are more likely to have sedentary lifestyles,” said Jagdish Khubchandani, corresponding author and a health science professor at Ball State. “On the contrary, teenagers who have accurate perceptions of their weight practice healthier behaviors or avoid risky weight loss methods.”

This is a significant finding, as the U.S. is currently witnessing high rates of obesity across all ages, Khubchandani said.

“Recent evidence also suggests that adolescent weight misperception is associated with obesity in adulthood,” he said. “Early childhood interventions to promote appropriate weight-related perception and weight management could have a lasting impact on chronic disease burden, in addition to preventing unhealthy diet and physical inactivity in youth.”

“Regular exercise routines in youth also shape future physical activity behaviors. A variety of school-based and cost-effective interventions to enhance youth physical activity have been documented in the literature that can be implemented with youth in a school setting.”