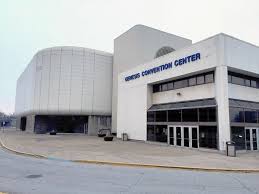 (HAMMOND,) — A former official has pleaded guilty to stealing more than $12,000 from the financially troubled Genesis Convention Center in northwestern Indiana.

The (Northwest Indiana) Times reports 52-year-old Victoria Wilson of Portage admitted the theft Tuesday in U.S. District Court. Wilson had signed a plea agreement with federal prosecutors, who are expected to recommend she be sentenced to probation in exchange for her cooperation.

The Genesis Center’s board hired Wilson in February 2017 to be its bookkeeper. She was promoted to the center’s interim executive director in August 2017.

The 38-year-old Genesis Convention Center has struggled to attract business in recent years. It provides rental space, catering services for conferences, weddings and other events.