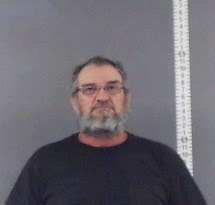 Trooper Tyler Matthew, working alongside Washington County Deputy Tory Hildreth, began the investigation on September 12, after learning of possible inappropriate or illegal conduct involving a minor at a Campbellsburg home.

As a result of the investigation, Trooper Matthew requested an arrest warrant for Stinnett. He was arrested at his home without incident.

This case is still under investigation. After his arrest, Stinnett was transported and remanded into the custody of the Washington County Jail.