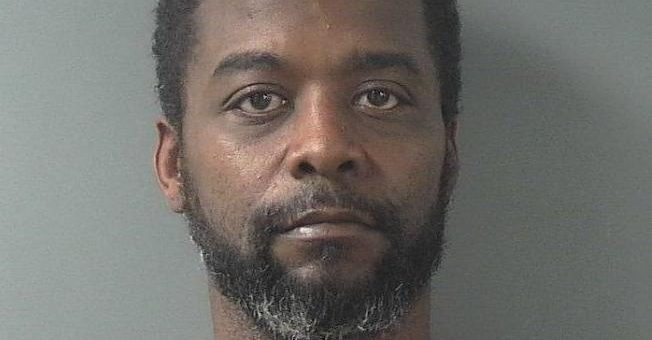 (BLOOMINGTON) – A Bloomington man was arrested after police say he broke into a woman’s home Sunday morning and held her at knifepoint.

He is to appear in Monroe County Circuit Court 2 today at 1:30 p.m. for an initial hearing.

Monroe County Sheriff deputies went to an apartment in the 1600 block of South Curry Pike at 12:09 a.m. after receiving a call from a male saying he had been attacked and a woman was being held by a man with a knife.

The man told police he and the woman returned to her apartment to find the porch light out. The male replaced the bulb and as they entered they heard a loud thump. The caller grabbed a baseball bat as 45-year-old Curtis Monroe appeared and grabbed the woman by the throat.

The caller told police that Monroe held the knife to the woman’s throat and then used it to cut him on his left wrist before ordering the man to leave the apartment.

The man went outside the apartment and called the police.

When Deputy Trent Walls arrived he knocked on the apartment door and identified himself as an officer. The door suddenly opened and the woman ran out.

The deputy entered the apartment and told Monroe to show his hands. Monroe refused and ran out the front door and attempted to attack the male caller.

The male caller pushed the female out of Monroe’s way and then picked up Monroe and body-slammed him on the pavement.

Monroe continued to fight and the deputy used his stun gun. Monroe was then handcuffed but continued to resist arrest. Officers had to hobble him to restrain him.

Monroe continued to threaten the male caller saying he had bond money and would be back with a gun.

He was also wanted on a warrant for escape for violation of house arrest.

Monroe is being held in the Monroe County Jail on a $50,000 bond