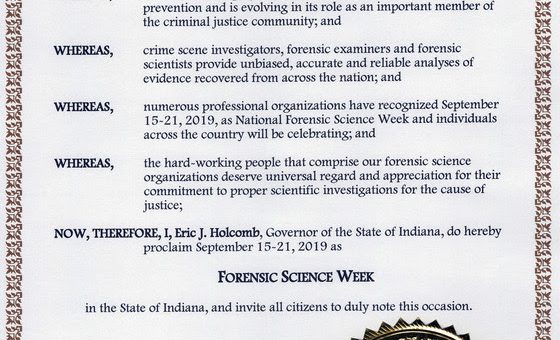 National Forensic Science Week brings recognition to the role that proper forensic science plays in the investigation of crimes throughout the nation, from exonerating the innocent to identifying the guilty.

For information about the Indiana State Police Laboratory Division and the services they provide, visit: http://www.in.gov/isp/labs/

Below are some interesting stats from the past year (2018):