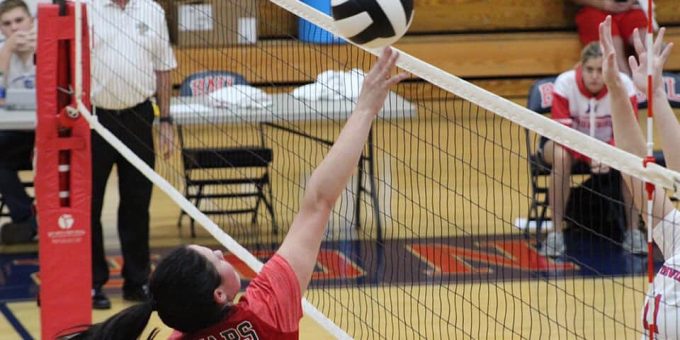 “We are improving and getting the kinks worked out,” BNL coach Jordan Robbins said. “We are finally clicking with the flow of our offense and defense. We made some adjustments and the kids responded well.”

Carlee Kern was 9 of 10 serving with 2 aces, Hayley Davis was 6 of 6 serving with 3 digs, Haley Deckard recorded 7 digs and 7 kills, and Annie Waggoner had 10 assists and 4 digs against the Artesians.

Kern 8 of 10 serving with 14 digs and 5 kills, Deckard added 8 digs and 6 kills, Maddy Bennett was 7 of 7 serving, and Waggoner totaled 15 assists, 12 digs and 4 kills against Terre Haute South.

“Missed serves in both matches came at the worst times,” Robbins said. “The kids keep progressing and I’m very proud of them for that. We will get there because they want it.

“Serve receive was better. We made so many hustle and scrappy plays, which is something we do well. Both those teams had some power hitters, and we handled it well once we saw a few.”

The Stars (1-14) will visit Columbus East on Tuesday.