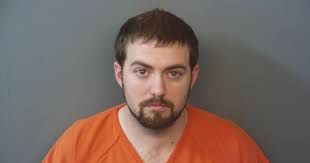 (DANVILLE) — A suburban Indianapolis man has been convicted of murder in the November 2017 death of his girlfriend’s 4-year-old son.

Defense lawyer Robert Alden says Thursday an appeal likely will be considered at a later date.

Danville police and firefighters responded Nov. 11, 2017, to a call about an unconscious boy in the town just west of Indianapolis. He died two days later at an Indianapolis hospital. A medical examiner ruled the death a homicide and found that the boy had died from blunt-force trauma.

Atkinson told police the boy fell in the bathtub and hit his head.