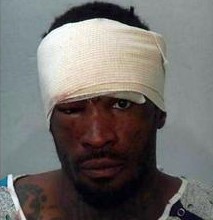 (COLUMBIA CITY) — A northeastern Indiana man has been charged in the death of a police dog that became trapped inside a burning police cruiser following a high-speed crash.

31-year-old Clarence L. Shearer of Fort Wayne was formally charged Wednesday with causing the death of a law enforcement animal while operating a vehicle with a controlled substance in the blood, resisting law enforcement and other charges.

The Journal Gazette reports that police were investigating an armed carjacking on July 10 when Shearer allegedly crashed into a Whitley County sheriff’s deputy’s cruiser during a pursuit.

The deputy escaped unharmed, but a police dog died inside the burning cruiser near Larwill, about 20 miles (32 kilometers) west of Fort Wayne.