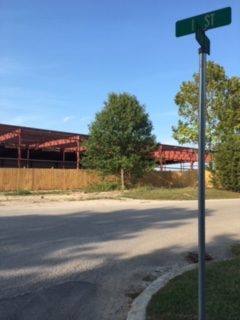 Roderick Murphy’s request for a zoning change from B-3 to I-1 to operate a storage facility was approved. The property is located on Stevens Avenue on the city’s westside. A total of 1.298 acres will be used for that purpose. The proposal will now go before a public hearing before being approved.

During the meeting, Plan Commissioner Dan Kirk updated the commission on other projects that are underway throughout the city.