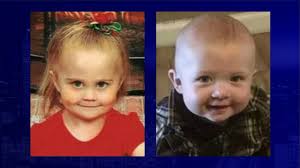 (VERSAILLES) — An Indiana boy who was 13 when he allegedly killed two of his two young siblings will be tried as an adult in their suffocation deaths.

A Ripley County judge found Nickalas J. Kedrowitz competent to stand trial before waiving him into adult court on Aug. 30. His double-murder trial is scheduled to begin Feb. 18, 2020.

Both were slain at the family’s home in Osgood, about 60 miles (96 kilometers) southeast of Indianapolis.

Ripley County Prosecutor Richard Hertel tells the Madison Courier that Indiana law allows juveniles as young as 12 to be tried as adults for murder.

Information from: The Madison Courier, http://www.madisoncourier.com