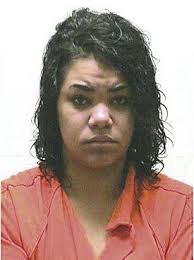 (ALBION) — A four-year sentence has been handed a Roanoke woman for her role in the fatal shooting of two people last year in northern Indiana.

Kyra Frost was charged with aiding in felony murder and aiding in an armed robbery in March 5, 2018, shooting deaths of 39-year-old Amanda Feldstein and 30-year-old Justin Adams in Ligonier. She pleaded guilty in April to two counts of assisting a criminal as part of a plea agreement. She was sentenced Thursday in Noble Superior Court.

Defense attorney Bart Arnold says the sentence will be served on home detention.

Michael Johnson of Fort Wayne was convicted last year for the murder of Feldstein and Adams while trying to retrieve a purse worth $10,000. Johnson has been sentenced to 170 years in prison.