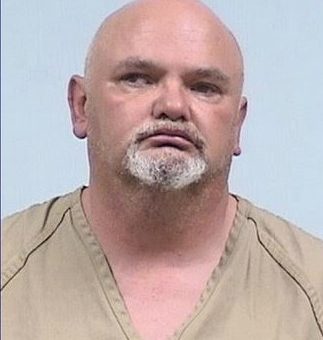 (MARSHALL CO.) – An Indiana man who was just released from prison for child molesting is back in police custody. He’s accused of raping an Amish woman who was at home taking care of her toddler.

Michael Middaugh, 49, was released from prison earlier this year. He was convicted of child molesting in March 2006, and he spent the last 13 years behind bars, according to court records. He failed to register as a sex offender in Elkhart County, and a warrant was issued for his arrest in July.

On August 28, WNDU reports that Middaugh allegedly drove to an Amish home in Marshall County. An Amish housewife was home with her 2-year-old child at the time.

“He stated through the door that he was lost and needed directions to Wakarusa,” Marshall County Prosecutor E. Nelson Chipman told WNDU.

He forced his way into the home at knifepoint and demanded money, so the woman gave him everything she had. Then he sexually assaulted her, according to court documents obtained by WNDU.

The victim identified Middaugh in a photo array, and the Elkhart County Sheriff’s Office shared his picture on social media, asking the public for help finding him.

Police apprehended him on August 30, and he’s currently in the Elkhart County Jail.

He faces six felony charges including three counts of rape, burglary, robbery resulting in serious bodily injury, and criminal confinement while armed with a deadly weapon.