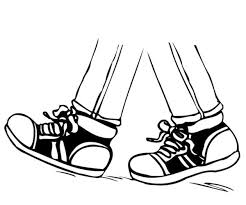 (LAPORTE) – After three months, four rounds, and many thousands of steps, a winner in the latest steps challenge has finally been crowned.

After the literal and proverbial dust had cleared, it was the team at LaPorte Juvenile Correctional Facility who took top honors in the inaugural “Step Up Your Game” challenge. Round 4 concluded late last month and saw the remaining 14 squads compete in a leaderboard challenge.

To come out on top, LJCF racked up an average of more than 360,000 steps per competitor, outpacing the second-place Indiana Public Retirement System (INPRS) who collected in excess of 285,000 steps per person, on average.

The rest of the field didn’t go down without a fight, with the three lowest finishers in the top 10 ending up separated by only about 10,000 steps per person.

The marathon event began in May and continued throughout the summer. Some rounds pitted agencies toe-to-toe while others tallied the steps to stand atop a leaderboard.

Bragging rights were on the line, of course, but the most important goal of the program was to create a fun way for state employees to get their steps in on a daily basis.

Check out the top 10 from the final Round 4 standings below, along with the average number of steps per person.