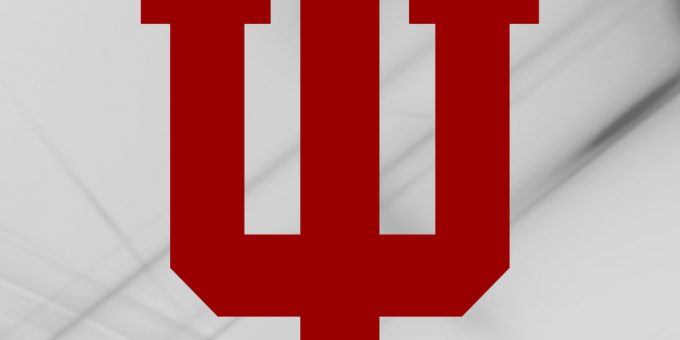 (BLOOMINGTON) – When Indiana University football fans return to Memorial Stadium on Saturday, September 14th when IU takes on Ohio State there will be a slew of new additions on and off the field.

So grab your cream and crimson gear and find out what you can expect. Plus, keep reading for your chance to win free game tickets.

Here’s a recap of what’s new this season:

A change in ticket prices

The pricing structure includes four price points for each of the six home games this fall, starting as low as $20 for a single-game, general-public ticket. Prices increase based on opponent and tier selection. Check out a map of Memorial Stadium by tiered section and ticket prices.

While this is not new for this season, remember that faculty and staff can get a 10 percent discount on football season tickets, IU students and youths save 70 percent, and young alumni (those who received an IU degree within the past five years) are eligible for a 60 percent discount.

Beer and wine inside the stadium

Fans over 21 can buy beer and wine during the game as part of a pilot program this season. Ten percent of the public sales revenue from beer and wine will be used for alcohol safety programming on campus.

Every purchaser who appears to be under age 50 will be required to present identification, and beer and wine sales will end at the end of the third quarter. Purchases will be limited to two drinks per person per transaction, and visibly intoxicated people will not be served.

Beer and wine will be available throughout the stadium, largely at existing general concession stands but also at a temporary stand near the North End Zone, a concession trailer in the northeast concourse area, and new specialty kiosks along the east, west and north concourses.

Offerings include domestic and craft beers as well as red and white wines.

In the spring, IU President Michael A. McRobbie announced that Memorial Stadium’s north end zone plaza is now the George Taliaferro Plaza, with plans to add a statue of the famed IU athlete and trailblazer. Brian Hanlon of Hanlon Studios — the same artist who did the sculptures in the south lobby of Simon Skjodt Assembly Hall — will be performing the work. The plaza, which will be dedicated Nov. 1, will also feature a plaque and other items honoring Taliaferro’s legacy.

Taliaferro shattered racial barriers on campus and in football. He was a three-time All-American at IU and the leading rusher on the only undefeated team in school history. In 1949, he was drafted by the Chicago Bears, making him the first African American drafted by an NFL team. Taliaferro died in October 2018 at the age of 91.

Keep an eye out for multiple ways that IU Athletics is honoring the university’s 200th anniversary, including flags and uniform details.

A bicentennial flag will fly at Memorial Stadium, and the streetlights on 17th Street have banners, too. Football players and all student-athletes will have commemorative patches on their uniforms.

The team’s Oct. 12 homecoming game against Rutgers will serve as IU’s official bicentennial game, with special uniforms. Throughout the season, a bicentennial tent outside the stadium will teach fans more about IU’s history. The bicentennial game’s alternate uniform design includes candy-stripe graphics on the shoulders, while the wordmark across the chest was inspired by the uniforms worn by some of the program’s first teams. The helmet, meanwhile, includes a retro IU lockup.