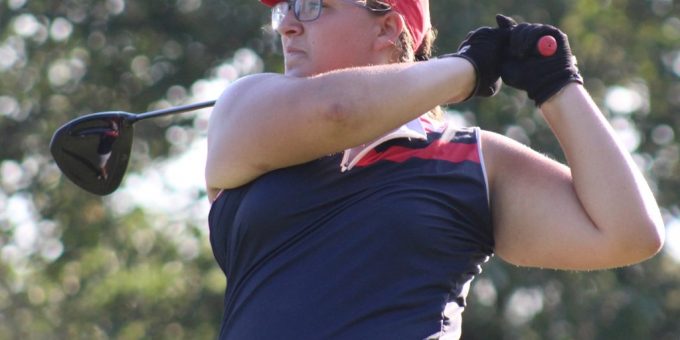 Powering around the front nine of Otis Park with her driver doing the most damage, Chase carded a 2-over 39, her career best, as Bedford North Lawrence posted a 174-188 victory over Seymour on a picture-perfect Tuesday afternoon.

Chase turned in a near-perfect scorecard of 7 pars, with only 2 bogeys. Her only real adventure was on the par-3 third hole, where she drained a swift, depth-of-the-green par putt that was headed for higher grass when it disappeared. Otherwise, save for the bogeys on holes 2 and 8, she was solid and the medalist for the first time in her career.

“That is a good, steady round for her,” BNL coach Aaron Sanders said. “She’s driving the ball so good right now. When she gets the ball in position, she’s so good with the full swing she’s going to hit a lot of greens. If she can continue to do that, it’ll be a big help.”

“Today I got it all together,” Chase said. “I kind of had the ‘it is what it is’ mentality, and it worked. I was just trying to get pars. I wasn’t trying to do anything spectacular.”

Olivia Sanders birdied the fifth hole en route to her 41, while Addyson Bailey fired a 42. Samantha Biel, a freshman on the verge of contributing lower scores, capped the team total with a 52 that was one swing (a shanked second shot on No.5 that led to a penalty stroke and a big number) from being quite better.

“We’re really tying to get Sam down in the 40s,” Sanders said. “She was beating on the door tonight. We have to have that fourth score, and we know it.

“She hits the ball really well, she just has to learn to eliminate the big miss. Just that quick, it happens. That’s the learning process she’s in this year. She got thrown in the fire pretty early, but she’s gaining on it.”

Laken Waskom paced the Owls with 42 while Bridget Marshall added a 44.

The Stars will visit Bloomington Country Club to tangle with Bloomington South on Thursday.