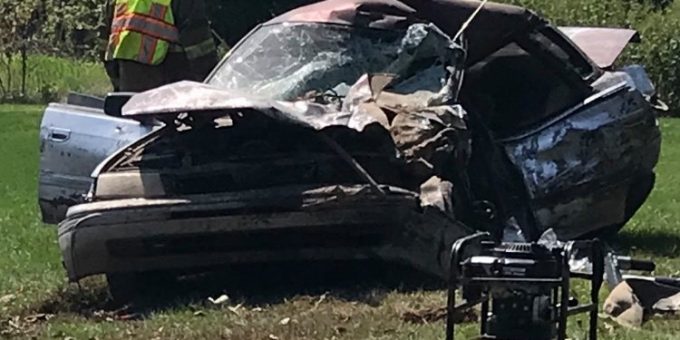 (WASHINGTON CO.) – Howell Road was closed for a period of time on Sunday while Washington County Sheriff’s Department deputies investigated a crash that occurred around 12:36 p.m.

According to police, Kevin Smith, of Pekin, was traveling south on Howell Road and had pulled to the west side of the roadway and stopped to change a flat tire.

At the same time, Billy Jack Smith, of Salem, was traveling south on Howell Road and attempted to pass the parked vehicle.

A driver traveling in the northbound lane caused Smith to swerve back into the southbound lane to avoid a head-on collision. Smith then collided with the parked vehicle.

Billy Jack Smith was transported via air ambulance to the University of Louisville Hospital due to the nature of his injuries.

The occupants of Kevin Smith’s vehicle were treated at the scene and released.