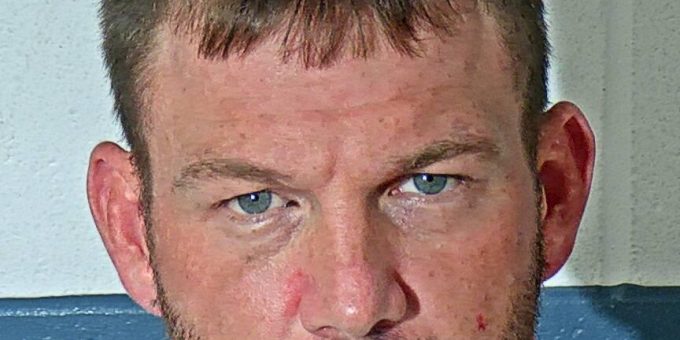 (BEDFORD) – A Bloomington man was arrested Saturday after a Bedford Police officer stopped his blue Oldsmobile Silhouette for an improper headlight and expired license plates.

Police identified the driver as 36-year-old Robie Bush, of Bloomington.

“Bush gave officers consent to search his vehicle then changed his mind,” said Chief Terry Moore. “Because of the expired plate the vehicle was towed. Prior to the tow truck company arriving Bush was allowed to retrieve his belongings and a vehicle inventory was performed.”