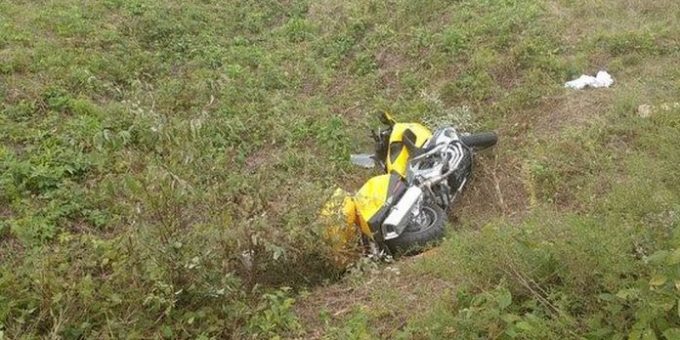 (JONESVILLE) – A 78-year-old Ohio man was found dead Saturday, a day after he crashed his motorcycle on an exit ramp on Interstate 65 at the Jonesville exit in Jackson County.

But no one noticed the accident due to the distance the motorcycle and the location it stopped from the northbound ramp at the Jonesville exit, according to ISP Sgt. Stephen Wheeles.

At about noon Saturday, troopers Korry Clark and Ed Olibo were called to the scene after someone reported seeing a yellow 2018 Honda motorcycle off the interstate at the 55-mile marker.

When the troopers arrived at the scene, they found Hammond dead.

Evidence at the scene along with other information gathered by investigators leads troopers to believe the accident happened sometime Friday.

A missing person report had been filed in Ohio earlier Saturday after family members were unable to contact Hammond and he failed to return home.

Hammond was thrown from the motorcycle which caused him to sustain fatal injuries.

Hammond was wearing a helmet and other protective clothing at the time of the crash.

Drugs and alcohol are not suspected to be contributing factors.
Hammond’s family has been notified.