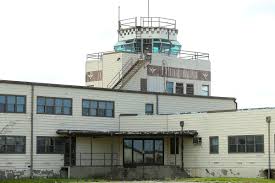 (BUNKER HILL) — A dilapidated air traffic control tower is moving toward demolition at northern Indiana’s Grissom Air Reserve Base nearly three decades after it was mothballed.

The structure built in 1942 was the base’s first air traffic control tower prior to its retirement around 1991.

State officials recently determined that it has historic significance, but debris falling from the decaying structure is creating aircraft hazards at the base’s airstrip near Bunker Hill, about 60 miles (96 kilometers) north of Indianapolis.

Jim Tidd is the Miami County Economic Development Authority’s executive director. He tells the Kokomo Tribune crews have been forced to quickly clean up fallen debris before it’s sucked into the engines of military or civilian aircraft.