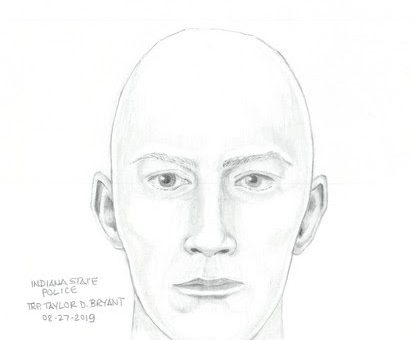 (LAGRANGE CO.)-   Detectives from the LaGrange County Sheriff’s Department and the Indiana State Police are seeking public assistance as they attempt to identify the suspect(s) involved in a 2015 shooting, where a rural LaGrange County homeowner was severely injured and left for dead. The shooting took place during the mid-morning hours on Friday, August 21, 2015, at a residence on County Road 350 South just west of Little Turkey Lake, LaGrange County.

The initial 2015 investigation revealed that an unidentified bald white male in his 20’s or 30’s, possibly driving a tan or beige colored early 80’s Chrysler 4-door Sedan, pulled into the victim’s driveway and exited the vehicle.  The suspect approached the victim, 41-year-old Rocky Swihart, in his front yard where a verbal exchange took place between the men. Swihart turned away and walked back into his home, at which time the suspect produced a handgun and shot Swihart multiple times, leaving him for dead.

Swihart survived the shooting incident but suffered a loss of vision as a result of the injuries sustained, which hindered early investigative efforts.  Until recently, all investigative leads were thought to have been exhausted.

Now, with the assistance of a State Police sketch artist, newly obtained information has developed a rendering of the shooter, and detectives are hopeful that this will aid in developing new leads and ultimately identify the shooter responsible.

Anyone that may recognize the shooter as shown in the rendering above, similar vehicles as pictured above, or any other information relevant to this investigation, you are urged to contact the LaGrange County Sheriff’s Department at 260- 463-7491 the Indiana State Police, or CrimeStoppers to report your information.