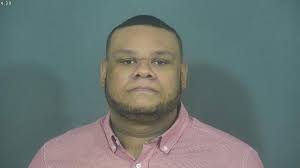 Prosecutors allege that Davis promised people on probation with St. Joseph County’s adult probation department that he would provide them with clean urine drug screenings in exchange for $150.

Court documents say Davis solicited money through calls and texts. An informant told investigators people on probation would bring Davis the money and a condom filled with clean urine.

Prosecutors will review all the cases Davis may have allegedly affected during his eight months as a probation department employee.

Online court records don’t list an attorney who could speak on his behalf.