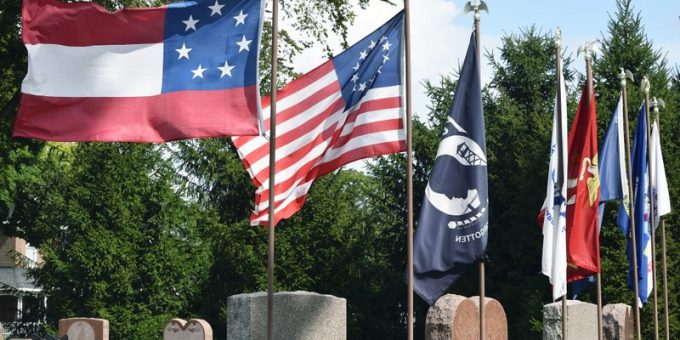 (VINCENNES) — A county official says a replica of an early Confederate flag that was displayed near a Civil War monument in southwestern Indiana has been removed.

Knox County Commissioners President Kellie Streeter says the commissioners “weren’t fully aware” that the flag near the monument outside the county courthouse in Vincennes represented the Confederacy.

It was replaced with an Indiana state flag this week.

She says “misunderstandings” about its origins kept it flying among seven different flags the Marine Corps League owns and maintains near the war monument.

The replica resembles the Confederacy’s first official flag, which flew for one year starting in early 1861.

The Vincennes Sun-Commercial reports that the flag features a circle of white stars against a blue background and a white stripe flanked by two red stripes.