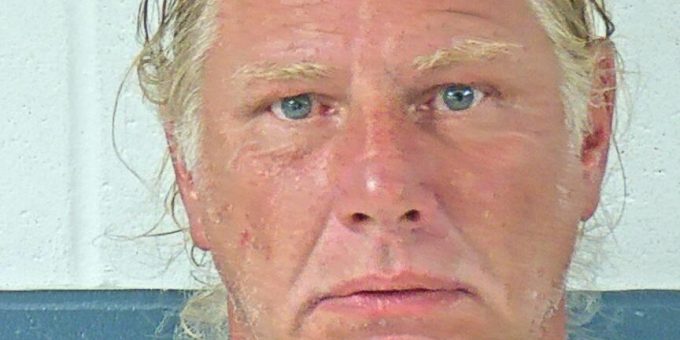 (BEDFORD) – A Bedford man was arrested after a woman went to the Lawrence County Sheriff’s Department to say she was injured during a domestic fight in the 1300 block of I Street.

“The victim said 53-year-old Donald Ray Cox started arguing with her after she returned home from getting her hair dyed,” says Bedford Police Chief Terry Moore. “The victim said after several minutes of arguing, Cox jumped on top of her and started choking her and threatened to kill her. After a few minutes, Cox got off the woman and she ran out of the apartment with Cox chasing after her.”

Bedford Police Officers located Cox and found he was wanted on a warrant.

Cox denied putting his hands on the woman.

He was arrested on charges of domestic battery and strangulation.