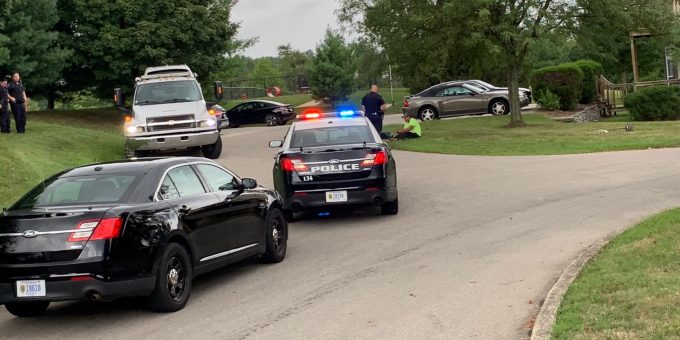 (BLOOMINGTON) – Bloomington Police officers arrested an Indianapolis man Friday evening for the theft of eight cars out of the parking lot at The Fields Apartment Complex.

Johnson told police that while working at the apartment complex he learned that international students leave their expensive vehicles in the apartment’s parking lot over the summer.

He told police that he looked for vehicles with expired plates, then hired a tow company to transport the vehicles to various locations in the state.

Two of the stolen vehicles were recovered. A 2015 white Dodge Charger was recovered in the parking lot of the College Mall in Bloomington and a 2015 silver Audi A3 was found on Dowey Avenue in Indianapolis.

Police learned from employees at the apartment complex that a tow truck was hooking up to the vehicles and towing them away. Another tow truck was spotted in the lot hooking up to a car on Aug. 22. Bloomington police stopped the driver who said he was called to pickup up a white 2015 Audi Q5 from Rock Maple Drive in Indianapolis and returned it to the apartment complex.

The driver later called Bloomington Police and said that he received a second call to pick up a 2018 white Dodge Challenger and return it to The Fields.

After being arrested, the woman told police that Johnson was driving around a red Pontiac Grand Prix. He was later found by police and arrested.

Seven out of the eight stolen vehicles have been recovered.