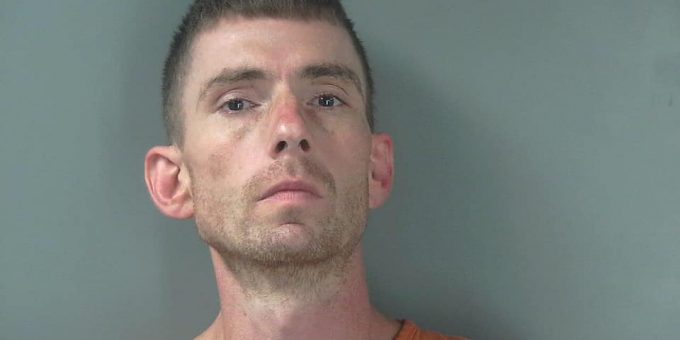 Mizell was arrested Friday at a home on Rockport Road where deputies and CIRT searched earlier this week.

Deputies were at the property after identifying a Polaris UTV that had been stolen from a home in Greene County. This is the second time this week a stolen UTV has been recovered at the property on Rockport Road.

Mizell was found inside a garage apartment.

The previous visit by MCSO had an influence on his decision to surrender peacefully today.

He will be booked in on probation violation and a charge of a dangerous felon in possession of a handgun. Other charges are pending.

He is being sought after a search at a residence on Rockport Road on Wednesday.

According to Sheriff Brad Swain, the Critical Incident Response team did a search of two homes looking for Mizell.

“Mizell was spotted by a deputy walking away from a stolen pickup truck within eyesight of his home,” says Sheriff Swain. “He fled to that area and was last seen near a neighbors house on a common area.”

The resident refused to permit deputies to enter and search for Mizell, so a search warrant was obtained.

“A stolen Polaris UTV was recovered during our time at the properties,” says Sheriff Swain. “It was taken from the same owners of the stolen truck a few days earlier.”