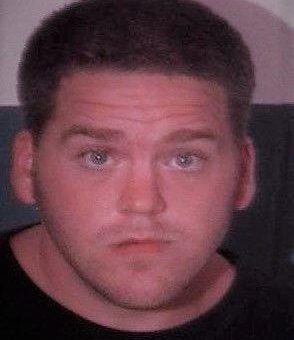 (BEDFORD) – The public defender for accused murder Joseph “Joey” Backenstoes has filed a motion to dismiss the murder charge claiming it’s double jeopardy to charge his client with murder.

Backenstoes is accused of shooting and killing Travis Craig on Oct. 6, 2017.

Backenstoes was arrested on a charge of possession of a firearm by a serious violent felon after the shooting incident on October 6, 2017 that left 38-year-old Travis Lee Craig dead.

On the day of the murder, at 11:37 a.m., Lawrence County Sheriff Central Dispatch received a 911 call at 11:37 a.m. from Backenstoes reporting that he “just heard shots fired” and “a man’s down outside my yard.”

When police arrived at the home at 5951 State Road 158, they found Craig not breathing and located in his yard.

Backenstoes was living with Craig at the time of the shooting.

Only three people were home at the time of the shooting – Craig, Craig’s wife Debbie, and Backenstoes.

“During the investigation, detectives determined that a person of interest, Joseph “Joey” Backenstoes, had committed the unrelated offense of possession of a firearm by a serious violent felon, a Level 4 felony,” Sheriff Branham said at the time of the shooting. “Detectives also received an anonymous tip that Backenstoes was going to Walmart and was leaving the state.”

Knowing that Walmart is a bus stop, officers were on their way to Walmart when they saw Backenstoes walking along John Williams Boulevard toward Walmart. Backenstoes was arrested without incident and taken to the Lawrence County Jail.

In March 2018, a jury found Backenstoes guilty of unlawful possession of a firearm by a serious violent felon. He was sentenced to 10 years in prison.

During that trial, Backenstoes was charged with Craig’s murder. Chief Public Defender David Shircliff claims, according to the Indiana Constitution, Backenstoes can’t be tried twice for the same offense.

In early December 2017, before the trial was to begin, a .22-caliber pistol was found under a log near the east side of Craig’s home and sent to a crime lab for analysis, according to the motion.

Later that month, the state moved to continue the trial and await the results of testing on that handgun.

Shircliff states the DNA results for the handgun were inconclusive.

The trial on the gun charge was set for March 2018.

Superior Court II Judge Williams Sleva will rule on the motion to dismiss on Sept. 3, at 1 p.m.