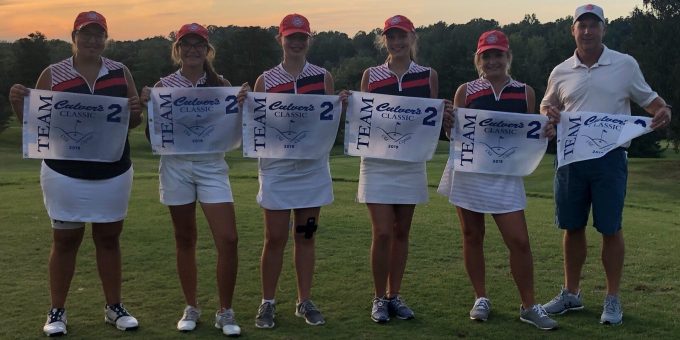 The Stars, paced by Olivia Sanders with a 6-over 77, carded 349. The Highlanders won their own event (played on the course that hosts the area sectional) with a total of 338.

“It was a pretty good day,” BNL coach Aaron Sanders said. “We had a couple of really solid scores.”

Sanders – playing a course no one on the team had seen before – had birdies on the 12th and 15th holes while playing the back nine in 1-over 36. She fell short in the playoff with a bogey on the extra hole.

“I don’t think she made anything over a bogey,” Sanders said. “She’s been real steady off the tee, playing smarter. She doesn’t hit a lot of drivers, she just kept the ball in play, played with more maturity.”

“That’s always fun,” Sanders said. “She putted well, and that’s where we need her. She knew she was due today. She just played with some confidence.”

The Stars will host Edgewood on Monday at Otis Park.