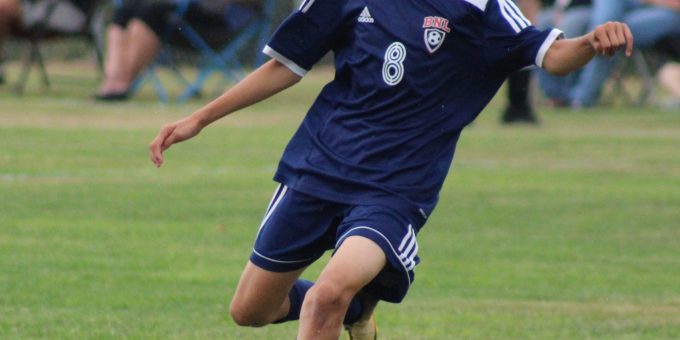 (BEDFORD) – Floyd Central dominated the second half while pulling away from Bedford North Lawrence 5-0 during boys high school soccer action on Saturday afternoon.

The Highlanders (1-2) scored late in the first half for a 1-0 advantage at intermission, then scored three quick goals in the second half to subdue the Stars (1-2).

“We played really well in the first half,” BNL coach Logan Jackson said. “Then we fell off.

“They came out with more energy. And after the penalty kick (FC’s first goal of the second half), we hung our heads. We can’t do that. We have to nip it and get right back. We have to battle back.”

FC’s Drew Campbell scored off a Xander Ochsner assist with 4:40 left in the first half. David Garner converted the penalty kick at 33:54 to open the second.

The Highlanders added on as Amin Mesfin (from Pablo Flores), Tyler Warner (off a Campbell pass) and Jason Corrado (unassisted) scored. Floyd did the most damage off restarts, converting corner kicks or free kicks into the put-away goals.

“We really struggled with those,” Jackson said. “We were right there playing with confidence, so we have to work on those things.”

BNL’s best scoring chance came late in the first half when Billy Cline banged a shot off the post.

The Stars will return to action on Tuesday at Bloomington South.