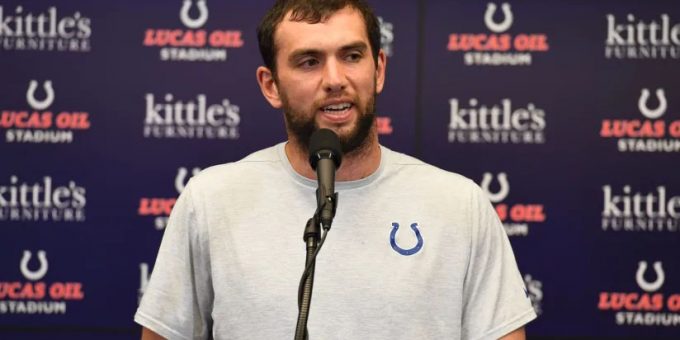 In a shocking and surprising announcement late Saturday night, Colts quarterback Andrew Luck says he is retiring from the NFL, noting his injuries throughout his career as the main reason.

ESPN’s Adam Schefter broke the news first in a Tweet on Saturday night.

“It’s been an honor of a lifetime to represent the horseshoe,” Luck said.

The 29-year-old noted a career full of injuries, including the ankle issue he’s been dealing with this summer, played a large part in his decision.

“It’s been a tough week,” Colts General Manager Chris Ballard said in a separate press conference Saturday night. “With that being said, we’re moving forward. That’s what we do.”

Jacoby Brissett is now expected to be the starting quarterback for the Colts, who start the regular season in just two weeks against the Los Angeles Chargers.